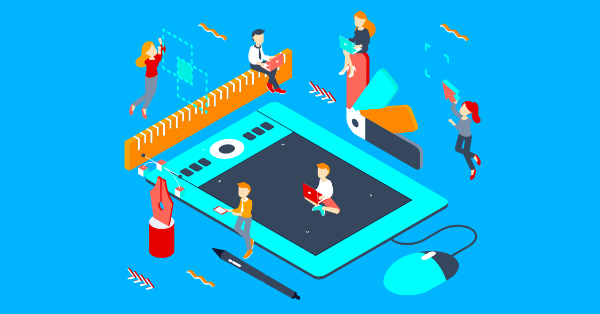 This sponsored article was created by our content partner, BAW Media. Thank you for supporting the partners who make SitePoint possible.

Image optimization is a big deal when it comes to website performance. You might be wondering if you’re covering all the bases by simply keeping file size in check. In fact, there’s a lot to consider if you truly want to optimize your site’s images.

Fortunately, there are image processing tools and content delivery networks (CDNs) available that can handle all the complexities of image optimization. Ultimately, these services can save you time and resources, while also covering more than one aspect of optimization.

In this article, we’ll take a look at the impact image optimization can have on site performance. We’ll also go over some standard approaches to the problem, and explore some more advanced image processing options. Let’s get started!

Why Skimping on Image Optimization Can Be a Performance Killer

If you decide not to optimize your images, you’re essentially tying a very heavy weight to all of your media elements. All that extra weight can drag your site down a lot. Fortunately, optimizing your images trims away the unnecessary data your images might be carrying around.

If you’re not sure how your website is currently performing, you can use an online tool to get an overview. 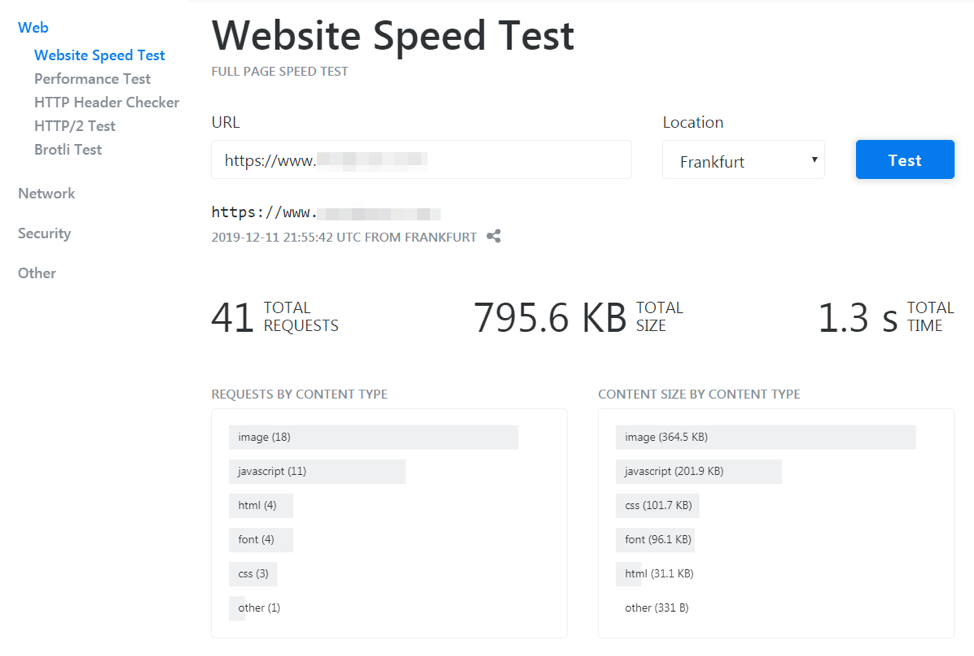 Once you have a better picture of what elements on your website are lagging or dragging you down, there are a number of ways you can tackle image optimization specifically, including:

As with any technical solution, you’ll have to weigh the pros and cons of each approach. However, it’s also worth noting that these more traditional approaches aren’t the only options you have available to you.

Truncated by Planet PHP, read more at the original (another 2853 bytes)

Another month, another monthly update where I explain what happened with Xdebug development in this past month. It will be published on the first Tuesday after the 5th of each month. Patreon supporters will get it earlier, on the first of each month. You can become a patron here to support my work on Xdebug. If you are leading a team or company, then it is also possible to support Xdebug through a subscription.

In December, I worked on Xdebug for near 50 hours, on the following things:

After releasing Xdebug 2.8.1, which I mentioned in last month’s update, at the start of the month, more users noticed that although I had improved code coverage speed compared to Xdebug 2.8.0, it was still annoyingly slow. Nikita Popov, one of the PHP developers, provided me with a new idea on how to approach trying to find out which classes and functions still had to be analysed. He mentioned that classes and functions are always added to the end of the class/function tables, and that they are never removed either. This resulted in a patch, where the algorithm to find out whether a class/function still needs to be analysed changed from from O(n²) to approximately O(n). You can read more about this in the article that I wrote about it. A few other issues were addressed in Xdebug 2.9.0 as well.

In the May update I wrote about resolving breakpoints. This feature will try to make sure that whenever you set a breakpoint, Xdebug makes sure that it also breaks. However, there are currently two issues with this: 1. breaks happen more often than expected, and 2. the algorithm to find lines is really slow. I am addressing both these problems by using a similar trick to the one Nikita suggested for speeding up code coverage analysis. This work requires quite a bit of rewrites of the breakpoint resolving function, and hence this is ongoing. I expect this to cumulate in an Xdebug 2.9.1 release during January.

I have wanted to learn Go for a while, and in order to get my feet wet I started implementing Xdebug’s bundled debugclient in Go, and at the same time create a library to handle the DBGp protocol.

The main reason why a rewrite is useful, is that the debugclient as bundled with Xdebug no longer seems to work with libedit any more. This makes using debugclient really annoying, as I can’t simply use the up and down arrows to scroll through my command history. I primarily use the debugclient to test the DBGp protocol, without an IDE “in the way”.

The reason to write a DGBp library is that there are several implementations of a DBGp proxy. It is unclear as to whether they actually implement the protocol, or just do something that “works”. I will try to make the DBGp proxy that I will be working on stick to the protocol exactly, which might require changes to IDEs who implement it against an non compliant one (Komodo’s pydbgpproxy seems to be one of these).

This code is currently not yet open source, mostly because I am still finding my feet with Go. I expect to release parts of this on the way to Xdebug 3.0.

Support through the Business Supporter Scheme continues to trickle in.

This month’s new supporter is Stratege

Truncated by Planet PHP, read more at the original (another 913 bytes)

All elements should be of the same type

When using an array as a list (a collection of values with a particular order), every value should be of the same type:

A generally accepted style for annotating the type of a list is: @var array<TypeOfElement>.
Make sure not to add the type of the index (which would always be int).

The index of each element should be ignored

PHP will automatically create new indexes for every element in the list (0, 1, 2, etc.)
However, you shouldn’t rely on those indexes, nor use them directly.
The only properties of a list that clients should rely on is that it is iterable and countable.

So feel free to use foreach and count(), but don’t use for to loop over the elements in a list:

(In PHP, the for loop might not even work, because there may be indices missing in the list, and indices may be higher than the number of elements in the list.)

Instead of removing elements, use a filter

You may want to remove elements from a list by their index (unset()), but instead of removing elements you should use array_filter() to create a new list, without the unwanted elements.

When keys are relevant and they are not indices (0, 1, 2, etc.). feel free to use an array as a map (a collection from which you can retrieve values by their unique key).

All the keys should be of the same type

The first rule for using arrays as maps is that all they keys in the array should be of the same type (most common are string-type keys).

All the values should be of the same type

The same goes for the values in a map: they should be of the same type.

A generally accepted style for annotating the type of a map is: @var array<TypeOfKey, TypeOfValue>.

Lists can safely be passed around from object to object, because of their simple characteristics.
Any client can use it to loop over its elements, or count its elements, even if the list is empty.
Maps are more difficult to work with, because clients may rely on keys that have no corresponding value.
This means that in general, they should remain private to the object that manages them.
Instea

Truncated by Planet PHP, read more at the original (another 8885 bytes)

When building web services, a common wisdom is to try to reduce the number of
HTTP requests to improve performance.

There are a variety of benefits to this, including less total bytes being
sent, but the predominant reason is that traditionally browsers will only make
6 HTTP requests in parallel for a single domain. Before 2008, most browsers
limited this to 2.

When this limit is reached, it means that browsers will have to wait until
earlier requests are finished before starting new ones. One implication is that
the higher the latency is, the longer it will take until all requests finish.

Take a look at an example of this behavior. In the following simulation we’re
fetching a ‘main’ document. This could be the index of a website, or a some
JSON collection.

After getting the main document, the simulator grabs 99 linked items. These
could be images, scripts, or other documents from an API.

The 6 connection limit has resulted in a variety of optimization techniques.
Scripts are combined and compressed, graphics are often combined into
‘sprite maps’.

The limit and ‘cost’ of a single HTTP connection also has had an effect on web
services. Instead of creating small, specific API calls, designers of REST
(and other HTTP-) services are incentivized to pack many logical ‘entities’
in a single HTTP request/response.

For example, when an API client needs a list of ‘articles’ from an API, usually
they will get this list from a single endpoint instead of fetching each article
by its own URI.

The savings are massive. The following simulation is similar to the last,
except now we’ve combined all entities in a single request.

If an API client needs a specific (large) set
of entities from a server, in order to reduce HTTP requests, API developers will
be compelled to either build more API endpoints, each to give a result
that is tailored to the specific use-case of the client or deploy systems
that can take arbitrary queries and return all the matching entities.

The simplest form of this is perhaps a collection with many query parameters,
and a much more complex version of this is GraphQL, which effectively uses
HTTP as a pipe for its own request/response mechanism and allows for a wide range
of arbitrary queries.

There’s a number of drawbacks to this. Systems that require compounding of
entities typically need additional complexity on both server and client.

Instead of treating a single entity as some object that has a URI, which
can be fetched with GET and subsequently cached, a new layer is required
on both server and client-side that’s responsible for teasing these entities
apart.

Re-implementing the logic HTTP already provides also has a nasty side-effect
that other features from HTTP must also be reimplemented. The most common
example is caching.

On the REST-side of things, examples of compound-documents can be seen in
virtually any standard. JSON:API, HAL and Atom all have
this notion.

If you look at most full-featured JSON:API client implementations, you will
usually see that these clients often ship with some kind of ‘entity store’,
allowing it to keep track of which entities it received, effectively
maintaining an equivalent of a HTTP cache.

Another issue is that for some of these systems, is that it’s typically
harder for clients to just request the data they need. Since they are often
combined in compound documents it’s all-or-nothing, or significant complexity
on client and server (see GraphQL).

A more lofty drawback is that API designers may have trended towards systems
that are more opaque, and are no longer part of the web of information due
to a lack that interconnectedness that linking affords.

HTTP/2 is now widely available. In HTTP/2 the cost of HTTP requests is
significantly lower. Whereas with HTTP/1.1 it was required to open 1 TCP
connection per request, with HTTP/2 1 connection is opened per domain. Many
requests can flow through them in parallel, and potentially out of order.

Instead of delegating parallelism to compound documents, we can now actually
rely on the protocol itself to handle this.

Truncated by Planet PHP, read more at the original (another 333361 bytes)