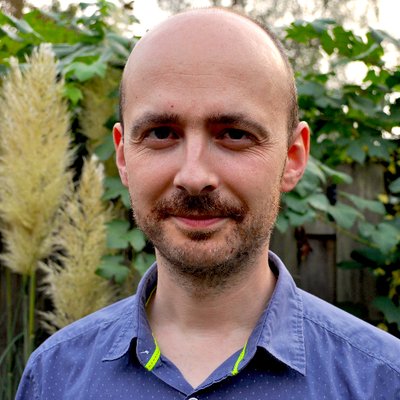 The post Interview with Matthias Noback appeared first on Voices of the ElePHPant.

In this episode of “PHP Internals News” I talk with Juliette Reinders Folmer (Website, Twitter, GitHub) about the “More Partially Supported Callable Deprecations” RFC that she has proposed.

The RSS feed for this podcast is https://derickrethans.nl/feed-phpinternalsnews.xml, you can download this episode’s MP3 file, and it’s available on Spotify and iTunes. There is a dedicated website: https://phpinternals.news

Hi, I’m Derick. Welcome to PHP internals news, the podcast dedicated to explaining the latest developments in the PHP language. This is episode 101. Today I’m talking with Juliette Reinders Folmer, about the Expand Deprecation Notice Scope for Partially supported Callables RFC that she’s proposing. That’s quite a mouthful. I think you should shorten the title. Juliette, would you please introduce yourself?

You’re starting with the hardest questions, because introducing myself is something I never know how to do. So let’s just say I’m a PHP developer and I work in open source, nearly all the time.

Mostly related to WordPress as far as I understand?

All right, very well. I actually did not know that. So I learned something new already.

Yeah, but it’s nice. You give me the chance now to correct that image. Because I notice a lot of people see me in within the PHP world as the voice of WordPress and vice versa, by the way in WordPress world to see me as far as PHP. And in reality, I do completely different things. There is a perception bias there somewhere and which has slipped in.

It’s good to clear that up then.

Let’s have a chat about the RFC itself then. What is the problem that is RFC is trying to solve?

There was an RFC or 8.2 which has already been approved in October, which deprecates partially supported callables. Now for those people listening who do not know enough about that RFC, partially supported callables are callables which you can call via a function like call_user_func that which you can’t assign to variable and then call as a variable. Sometimes you can call them just by using the syntax which you used for defining the callable, so not as variable but as the actual literal.

And as an example here, that is, for example, static colon colon function name, for example.

Which you can use with call_user_func by having two array elements. You can call it with literal syntax, but you can’t assign it to a variable and then call it. Do I get that, right?

Truncated by Planet PHP, read more at the original (another 21583 bytes)

null has a controversial history. It’s been called “the billion-dollar mistake” by its creator. Most languages implement null, but those few that do not (such as Rust) are generally lauded for their smart design by eliminating a class of errors entirely. Many developers (myself included) have argued that code that uses null or nullable parameters/returns is intrinsically a code smell to be avoided, while others (also myself included, naturally) have argued that is too draconian of a stance to take.

Anna Filina has a very good three-part series (properties, parameters, and returns) on how to avoid null in PHP generally. Alexis King has a related post (excuse the Haskell) on how to avoid needing edge cases like null in the first place.

However, I want to go a bit deeper and try to understand null from a different angle, and tease out the nuance of why one would really want to use it, and thus what we should be doing instead. To get there we’ll have to go through a tiny little bit of type theory, but it will be quick and painless, I swear.

In this monthly update I explain what happened with Xdebug development in this past month. These are normally published on the first Tuesday on or after the 5th of each month.

Patreon and GitHub supporters will get it earlier, around the first of each month.

You can become a patron or support me through GitHub Sponsors. I am currently 46% towards my $2,500 per month goal. If you are leading a team or company, then it is also possible to support Xdebug through a subscription.

I continued my exploration of different set-ups that developers user, and have created a prototype branch that adds support for the “pseudo-host” xdebug://gateway which can be used with the xdebug.client_host setting instead of, and in addition to the Docker specific host.docker.internal. This pseudo-host automatically evaluates to the network gateway address in the container, which will then allow Xdebug to connect to an IDE on the host machine.

This value will work for:

It will not work where network isolation is used, for example with the following set-ups:

I have not figured out how to do it will all different set-ups, so if you have extra information, or if I am still missing set-ups, feel free to comment on the Google Doc.

In the more complicated set-ups, it would likely be easier to use Xdebug Cloud as it has none of these networking complications.

I have spend a fair amount of time developing the Xdebug course, with the first lesson now written and ready to be recorded. I have decided to include a “Tech Corner” with each lesson, to explain how Xdebug interacts with PHP to do the things that are explained in each lesson. Hopefully you’ll find this interesting as well. It will also serve to reduce the bus factor.

For further lessons I have started to draft outlines, and they are in different states of completion.

If you want to make sure that the course covers specific tasks that you find hard to do, or what you would like explained, please drop me an email, or leave a comment.

I have been making little progress as I have been focused on developing the course. There is a persistent bug while creating the recording, which is hard to track down, as it only happens occasionally and does not seem to be easily reproducible.

You can follow the development in the recorder branch.

Xdebug Cloud is the Proxy As A Service platform to allow for debugging in more scenarios, where it is hard, or impossible, to have Xdebug make a connection to the IDE. It is continuing to operate as Beta release. Packages start at £49/month.

If you want to be kept up to date with Xdebug Cloud, please sign up to the mailinglist, which I will use to send out an update not more than once a month.